I stopped updating the blog again a couple of months ago, but I kept creating mostly animations and I spent a while uploading them to my You Tube Channel. I made the huge mistake of not posting the animations as I created them,either here or in You Tube, so all of the sudden I had about 30 animations just sitting there.

It's true that they are watched, since the Animatron platform is a bit as a You Tube channel that allows people to watch my content and follow me, but I wanted to share them beyond Animatron. Anyways, it took a couple of weeks to render and post them but they are all in You tube now.

In this time I've also designed and put together my website, after a lot of dueling on it, I did it! So I published it two days ago.I'm very proud of it even though I want to replace the video with an updated version of my demo reel. The last one I have is from 2014, which gives me another project. 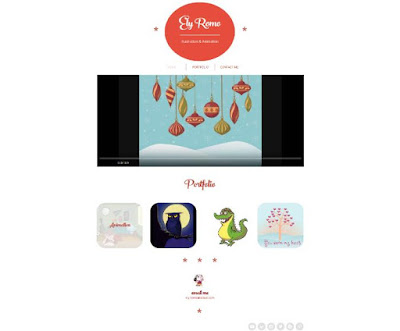 Now that I think about it, a lot has happened since the last post. I moved to Sweden so I'm still adjusting to the new place, weather, darkness and everyday life here. Where I live is kind of far from civilization so it's taking some getting used to. I brought my cat with me so she's been through the same process and it's been fun and alarming to watch. She was a street cat so keeping her indoors because of the weather has been challenging for both of us. 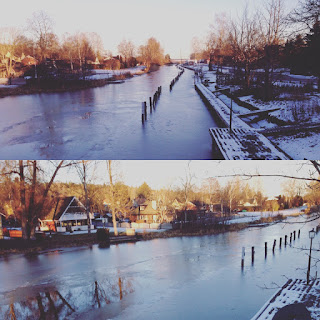 Anyways, I want to take this blog more seriously. I don't want to limit it to my artwork, since I have other interests. I have my knitting and cooking for example, and recently I'm hooked with brush lettering. I have been practicing and learning from Skillshare.

Going back to the blog I want to post at least once a week, and that would be an actual post and not just an image here and there. Lets get started!

In this blog I want to share my path into finding my artistic voice, follow my passions and, hopefully inspire others to do the same.
I'm a vegan artist and craft enthusiast. I love working with my hands, anything from drawing, painting, knitting, cooking and lettering. I studied Graphic Design and then enrolled to an animation school.
I was born in Mexico, studied in Canada and finally moved to Sweden where I live and work in the company of my awesome husband and my lovely cat.

Ely Romo on the web